This was a local session of several presentations that were given at ASA San Diego coupled with a happy hour and meet and greet. This event provided a great opportunity for the local acoustics community (ASA members and non-members) to get together and share the latest research and happenings in acoustics.

“The Violin and its Discontents: Common Structural and Tonal Problems in Orchestral String Instruments and their Remedy” Co-Sponsored (Chicago ASA and AES) Event

DESCRIPTION:
Professional luthier Sanford Field will explain the basic structure and acoustics of the violin family of instruments, as well as the technical difficulties frequently experienced by string players and their instruments. He will then explore and explain the tools and techniques used to diagnose and correct these problems. Examples of malfunctioning instruments will be daringly explored (and in some cases corrected) live on stage, tools will be displayed and demonstrated, and violins will be played, both as objects of critical listening, and to demonstrate the tangible effects of successful and unsuccessful repair outcomes. After the talk, questions will be answered and discussed, and the tools and instruments covered in the talk will be available for examination by attendees.

THE PRESENTER:
Sanford Field is a professional luthier and owner/partner at Top Notch Violins, a full-service string instrument shop in Saint Louis, MO. Sanford attended the Red Wing School of Instrument Repair, where he studied violin construction and repair under Lisbeth Butler and John Reed. After completing his training, he worked at Nashville Violins and Saint Louis Strings where his clients included Charlie Daniels, Arvel Bird, and Yonder Mountain String Band’s Allie Kral, as well as countless professional musicians, teachers, and students. Prior to his career as a luthier, Sanford received a BFA in painting from the University of Illinois at Champaign/Urbana in 2004, and an MFA in Studio Practice from the University of Illinois at Chicago. In his free time, Sanford also enjoys building furniture, studying HEMA (historic European martial arts), playing violin, banjo, and guitar and spending time with his wife Annie-Rose, and their two rescue dogs, Tallulah and Rowan.

Ear Day is a one-day annual symposium that brings together auditory researchers from around Chicago and the Midwest regions. From recognized experts to beginning students, Ear Day is a forum for presenting and discussing current research, exchanging ideas, and facilitating learning.

Ear Day is a one-day annual symposium that brings together auditory researchers from around Chicago and the Midwest regions. From recognized experts to beginning students, Ear Day is a forum for presenting and discussing current research, exchanging ideas, and facilitating learning.

See Event Website or Event Schedule for more details.  Sign up next year in January to participate in EAR Day 2020. 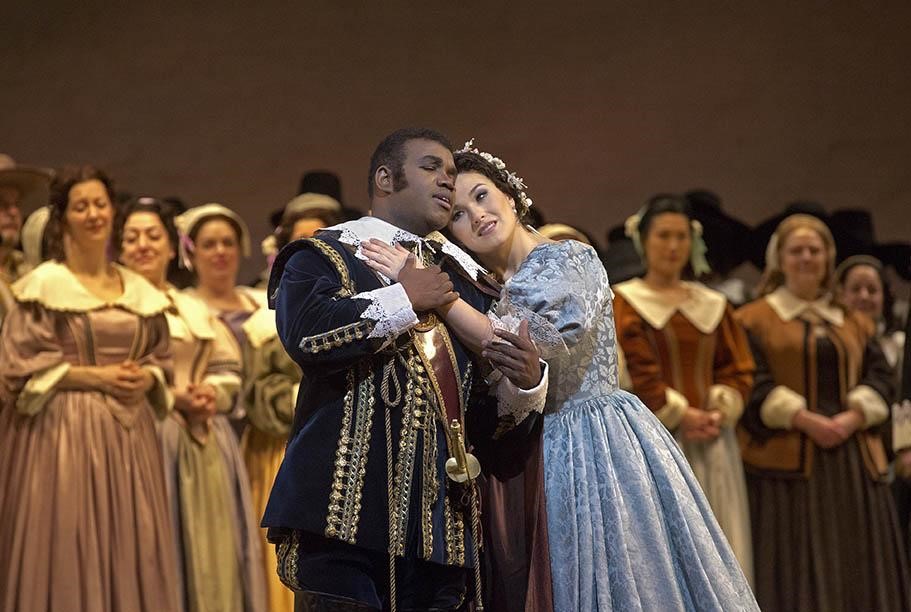 On February 7, 2018, the ASA Chicago Regional Chapter co-sponsored with the Chicago Lyric Opera a behind-the-scenes tour, a pre-opera lecture and the Puritani performance.

On January 27, 2017, the ASA Chicago Regional Chapter co-sponsored with the Department of Communication Disorders and Sciences at Rush University:


On January 27, 2017, the ASA Chicago Regional Chapter co-sponsored with the Department of Communication Disorders and Sciences at Rush University:

The Department of Communication Disorders & Sciences at Rush University Medical Center and the ASA Chicago Regional Chapter held the annual Ear Day event at Rush University on January 27, 2017.  Ear Day is a one-day symposium that brings together auditory researchers from around Chicago and the Midwest regions. From recognized experts to beginning students, Ear Day is a forum for presenting and discussing current research, exchanging ideas, and facilitating learning.

40 attendees, including students, faculty, and industry professionals interested in auditory research attended the event.  The program featured researchers from the University of Illinois at Urbana-Champaign, Purdue University, Ohio State University Medical Center, Boys Town National Research Hospital, University of Iowa, Boston University and Rush University Medical Center.  The event included a dynamic and lively discussion of current issues and research in auditory science focusing on a variety of topics, such as auditory and speech perception with cochlear implants, human auditory cortical processing, and the effects of aging on perceptual and cognitive functioning. 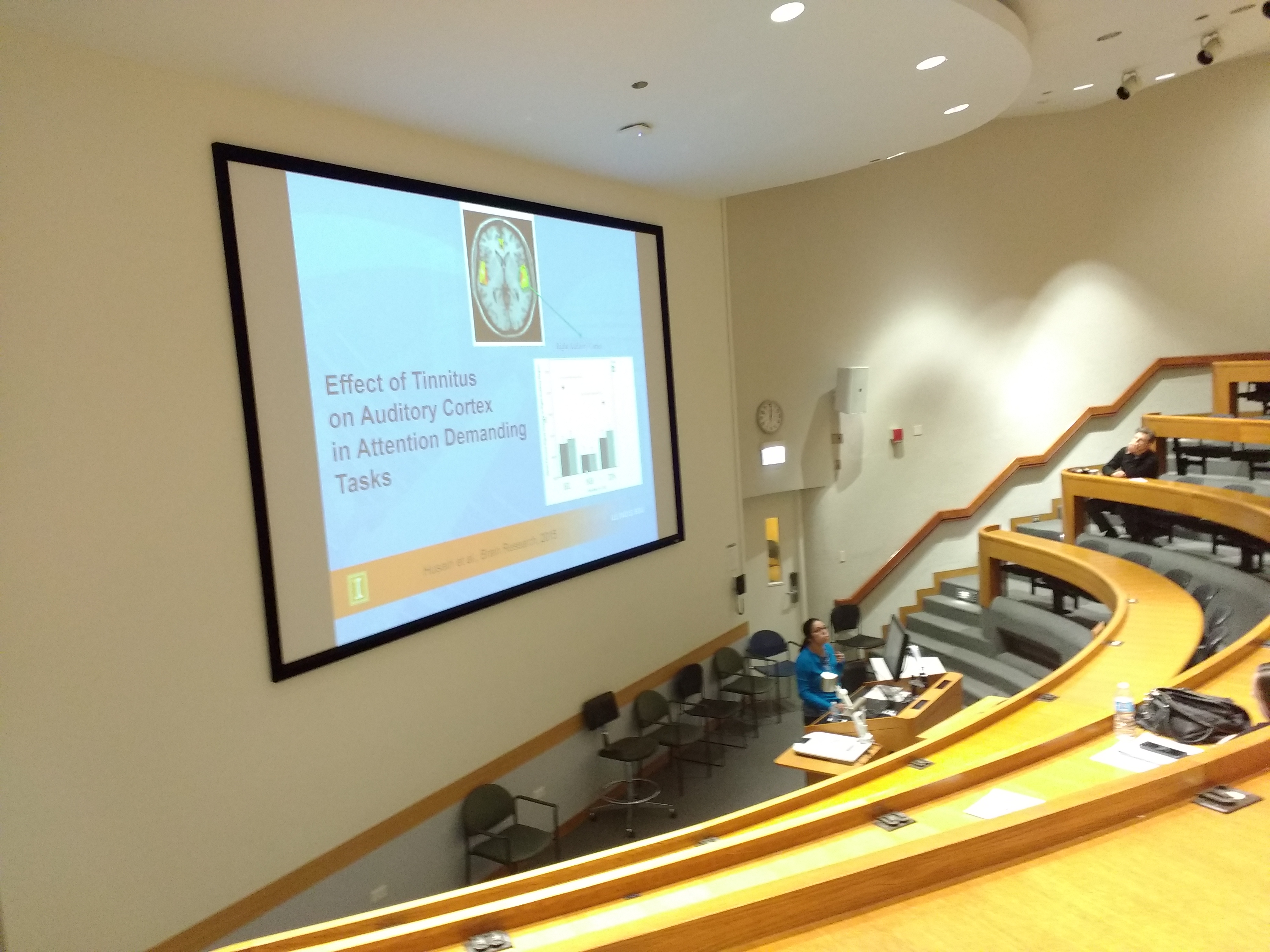 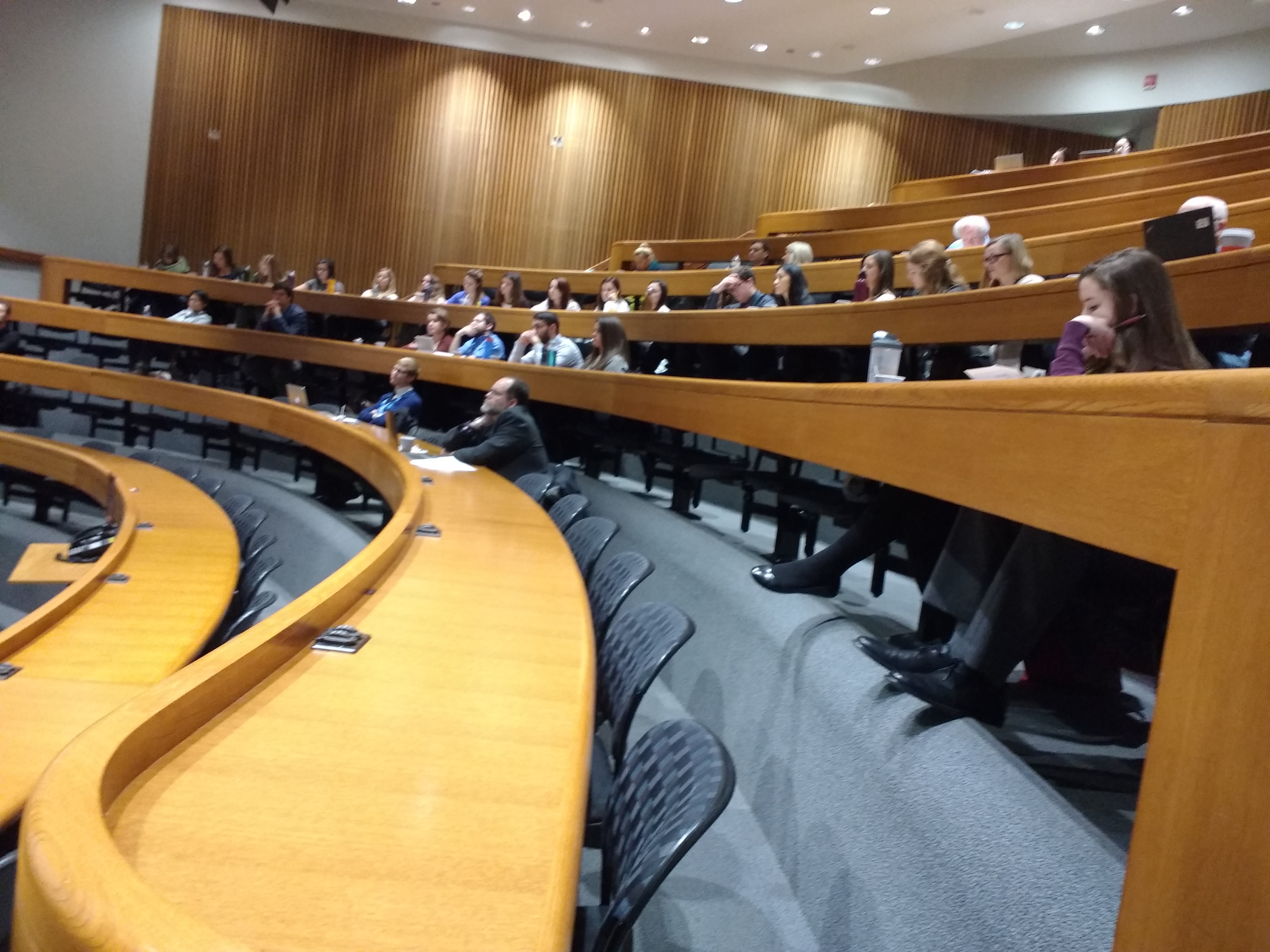 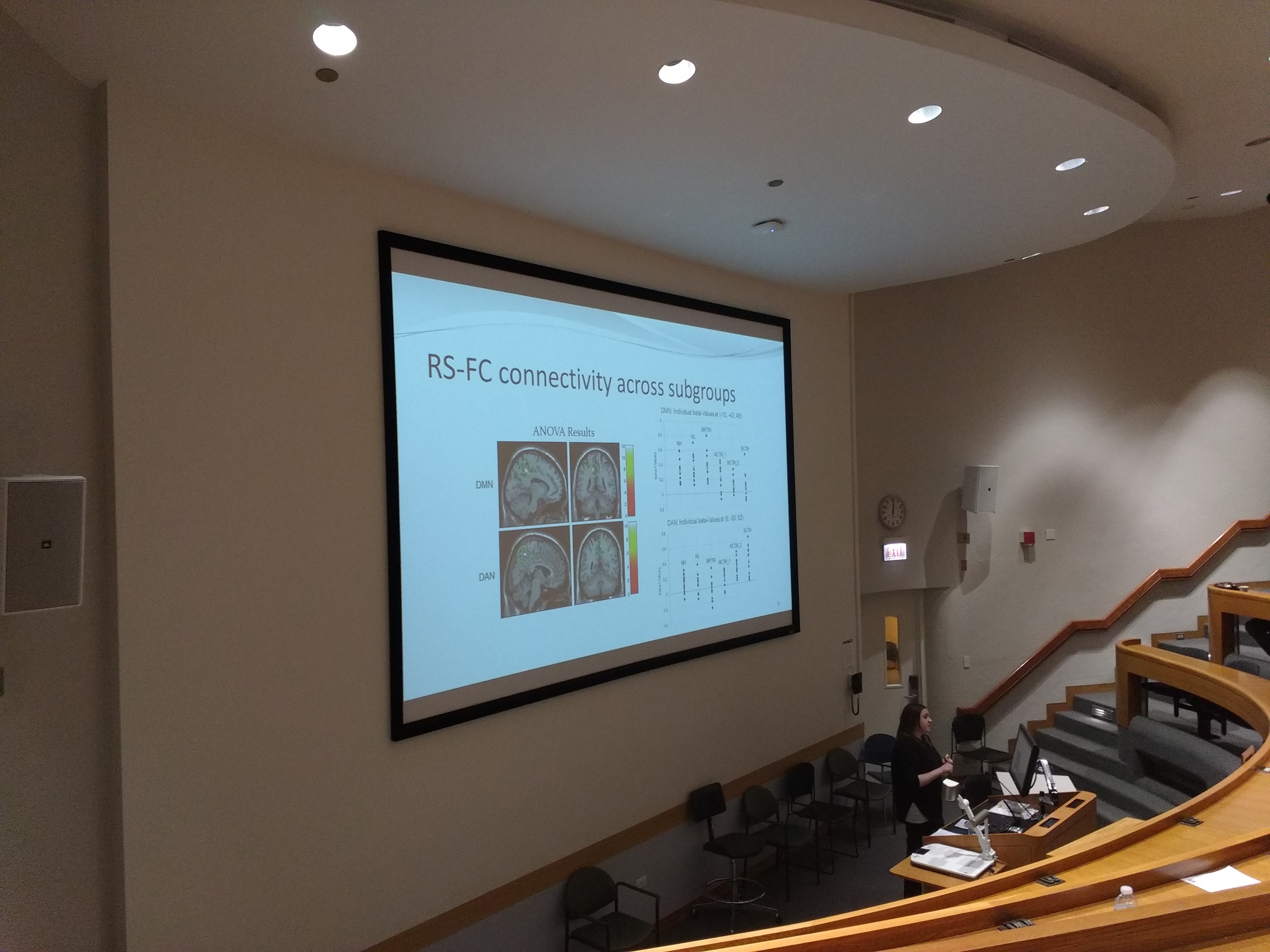 Abstract: The recording studio has changed dramatically in the past 10 years. Both business models and studio design/equipment configurations are markedly different, with new ideas emerging virtually every week. The shift from large “all at once” sessions to file-based “in the box” production has ushered in a new era of small, yet extremely powerful and highly flexible audio content creation environments. These ‘next generation’ rooms continue to depend on pristine acoustics, and the aesthetic and comfort factors remain high priorities. The success of these rooms depends on the architect/acoustician’s ability to create or ‘tune’ the environment to maximize their acoustic potential.  This talk will examine technical guidelines for creating an acoustically optimal recording studio environment.  The science that guides the recording studio design process will be discussed, highlighting design examples from successful spaces. 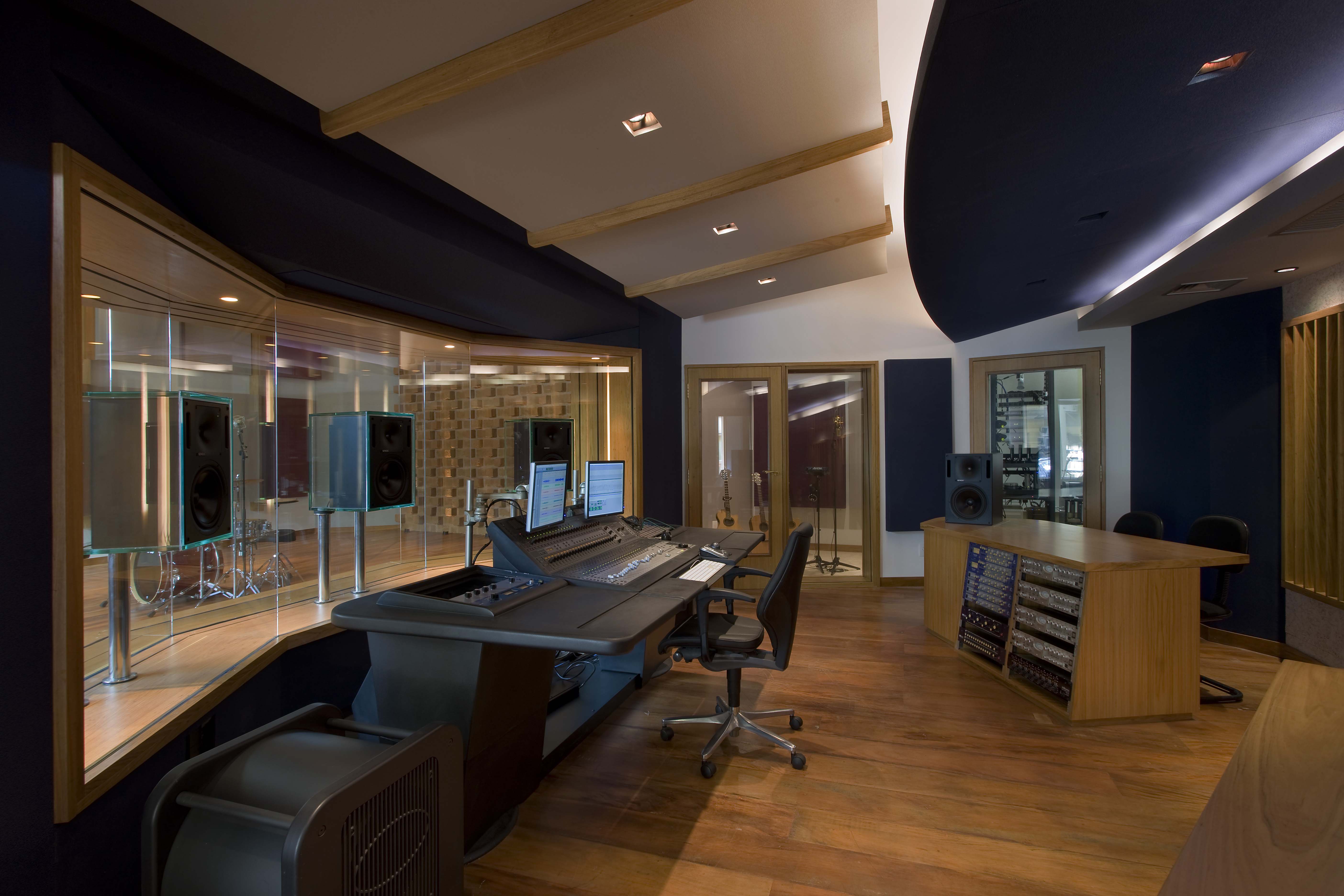 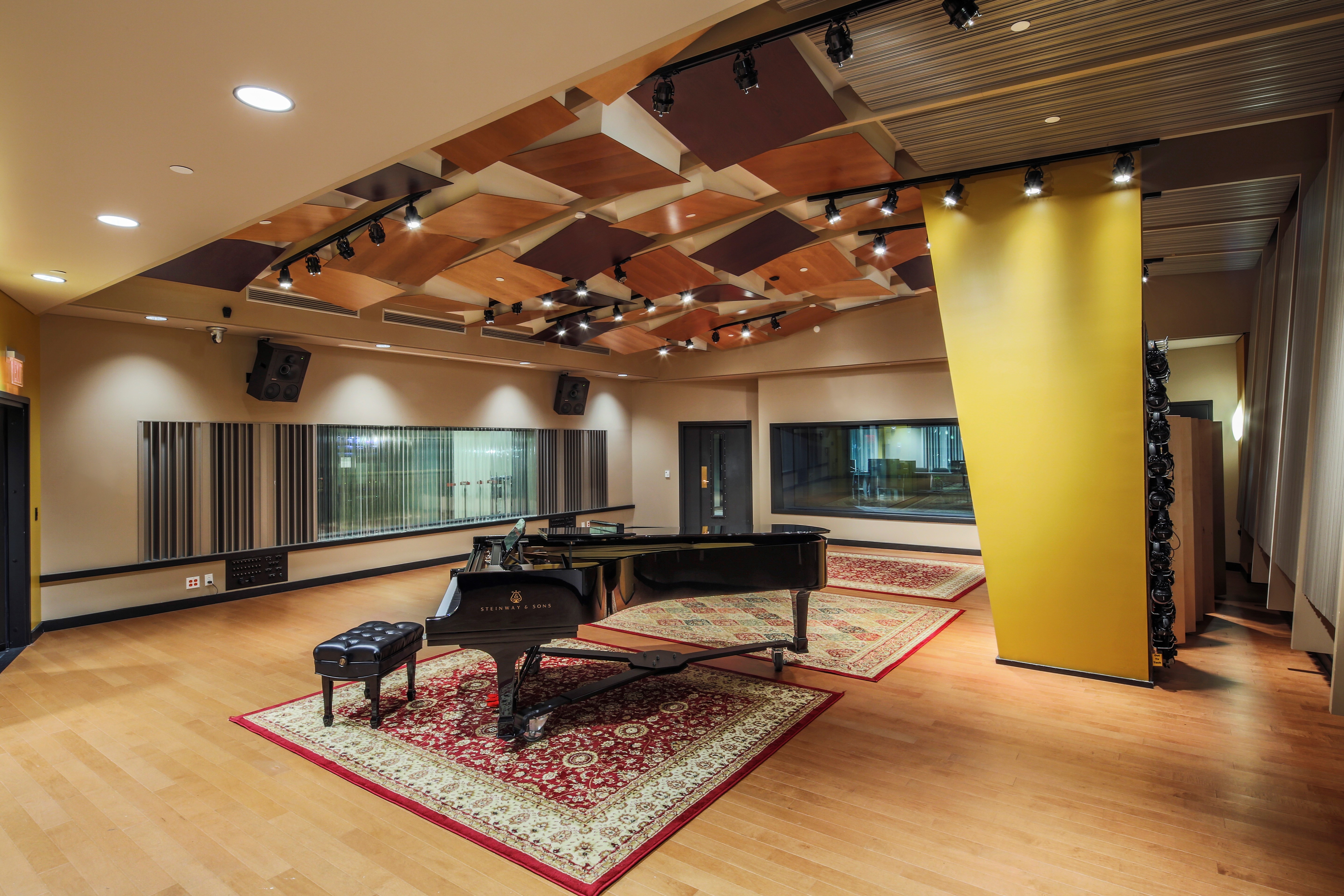 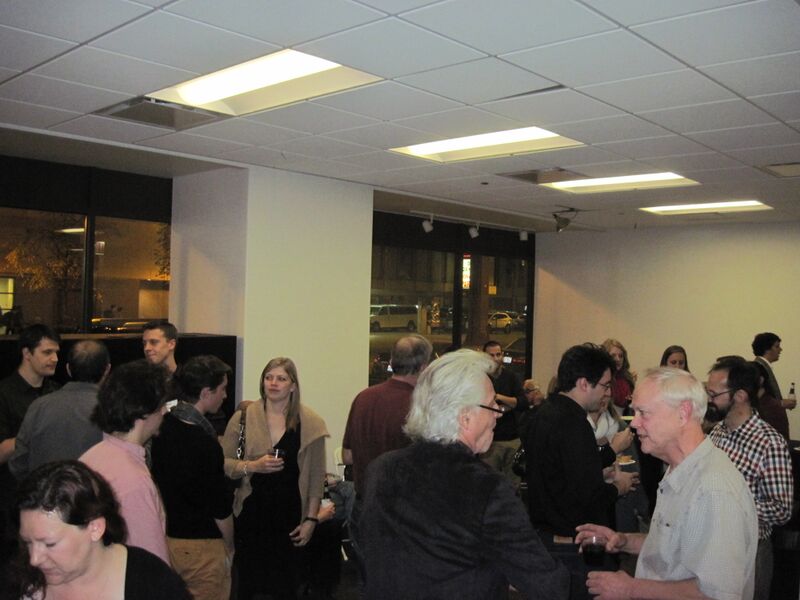 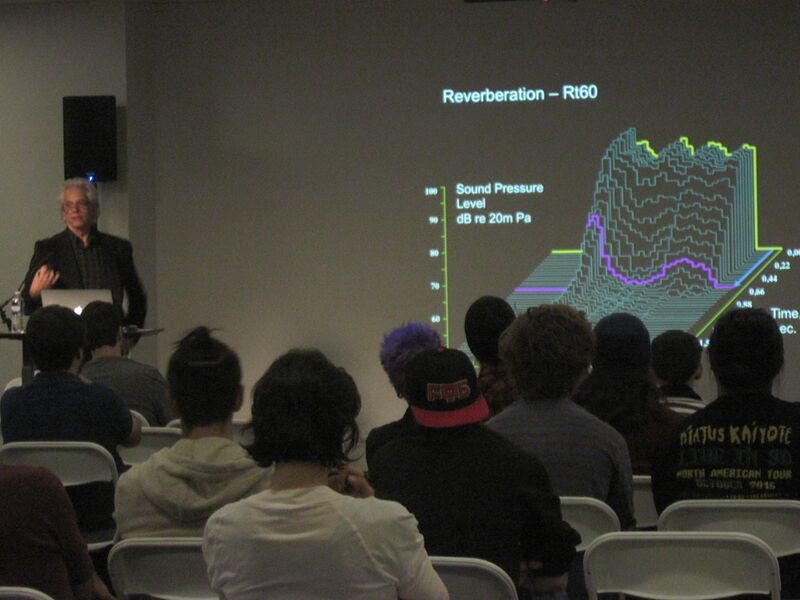